HomeCultureVegan or organic wine, what makes them different? 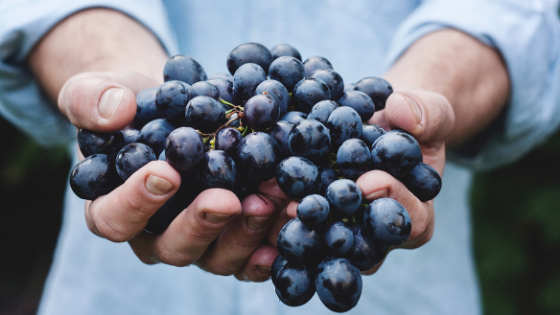 Vegan or organic wine, what makes them different?

We take it for granted that vegan wine is the norm, because its ingredients are 100% of vegetable origin, and we think that an organic wine should be made from untreated grapes… but in reality, this is not so simple. It takes a lot more than that for a wine to bear the label of vegan or organic. We are going to tell you everything.

What is a vegan wine?

By nature, the grape juice, the wood, the cellar, the bottles… are vegan, no animal products are used in them. However, the wine goes through processes to eliminate the remains of proteins, yeasts and other substances in which animal products can be used. These products do not remain in the wine, but for a food to be considered vegan, substances of vegetable origin must not be used in its production either.

These agents are usually used to treat wine:

Many wineries prefer to use other substances to clarify wine, such as cereal, vegetable proteins or bentonite. These substances are just as safe, but you cannot always tell which winery uses them, so the vegan certificate has appeared.

What is an organic wine?

As you have seen, what distinguishes vegan wines is their clarification process. In the case of organic wines, substances of animal origin can be used in it, as long as the whole process is totally natural and sustainable.

For a wine to be called organic, the fields must be fertilised with natural and organic fertilisers, in which the natural pomace or vine shoots left over from the wine’s own production can be used. No mineral or nitrogenous fertilisers are used, and the remains of the crop cannot be burned, as this would eliminate the microbial flora from the soil.

In addition, organic wine must be preserved in a natural way. Antiseptics or antioxidants such as sulphites, which are also harmful to people with allergies to sulphites, may not be used. However, it should be noted that organic wines can also have sulphites, but of natural origin.

For clarification, substances of vegetable or animal origin can be used, if they are natural.

As we can see, organic wine can be treated with natural products of animal origin in its clarification, such as albumin or food gelatine, since its origin is natural.

On the other hand, vegan wine only details that no products of animal origin have been used in its production, but it does not guarantee that its production is 100% natural, since artificial substances can be used for fertilization or conservation. However, organic wines should not exceed a certain amount of sulphites per litre.

How do you know if a wine is organic or vegan?

These wines have a certification label. In the case of organic wine, it will have the denomination of organic cultivation or directly organic wine. In other countries the name changes slightly, such as “organic farming” or “organic agriculture”.

Vegan wines carry the European V-vegan or Vegan, more frequent in other countries.

In Spain there are still not many varieties of vegan or organic wine. You can find organic wine in Grupo Vidasol. We have Tempranillo red wine and white wines of the Airén and Verdejo varieties; all of them are original, and with the quality that characterizes the wines of La Rioja. Enjoying a good wine does not mean giving up sustainable techniques.